5 days of riding from Buffalo to Albany NY 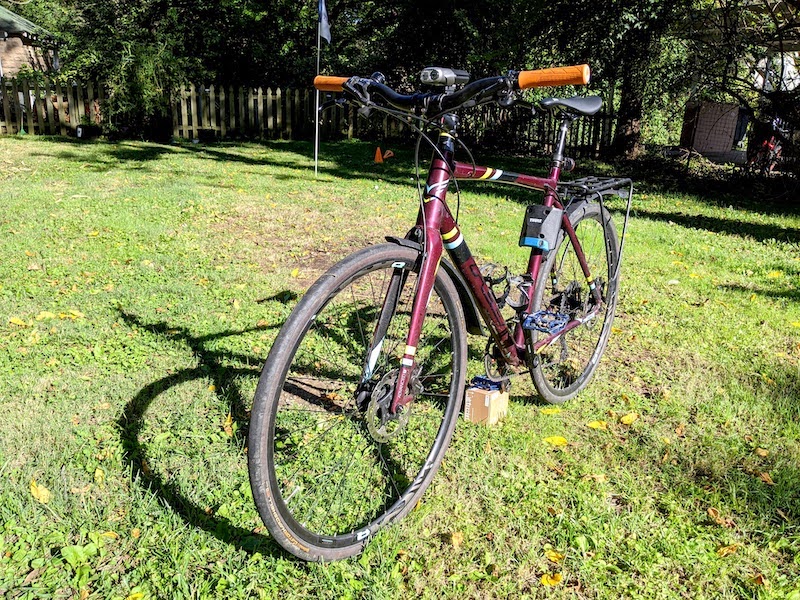 After putting about 5,000 miles on my cheapo commuter I decided it was time to build what I really wanted in a commuter/kid hauler/camping bike. 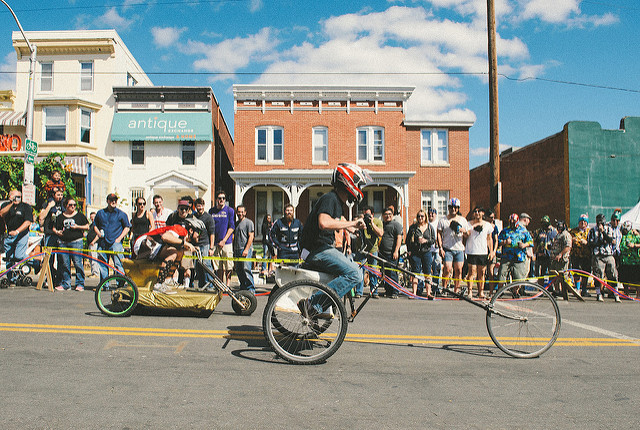 Soapbox Derby... but with Toilets!

If you're running Avid Shorty Ultimate cantilever brakes on your bike and need to replace the small rubber pieces on them, here's where to get them.

3 Days of Bicycle Camping on the C&O Canal 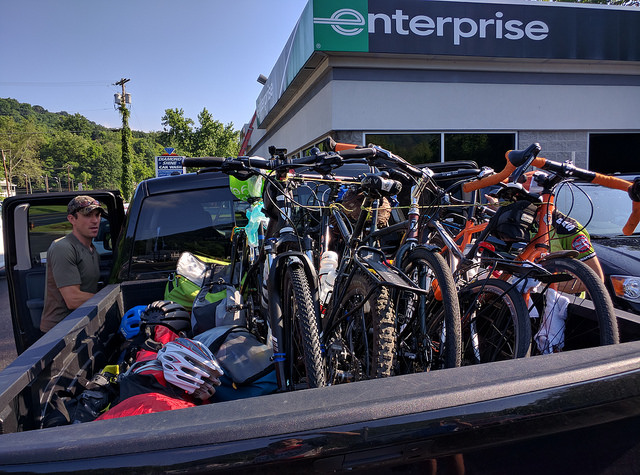 Riding from Cumberland, MD back to DC over 3 days with 4 friends.

I was up in NYC for work and my dad's birthday the other week and hit up the awesome new pumptrack in Brooklyn.

Some GoPro footage from tearing around Meadow Wood in Lorton, VA.

Some footage from the green and blue loops at Fountainhead on the hardtail 29"er. 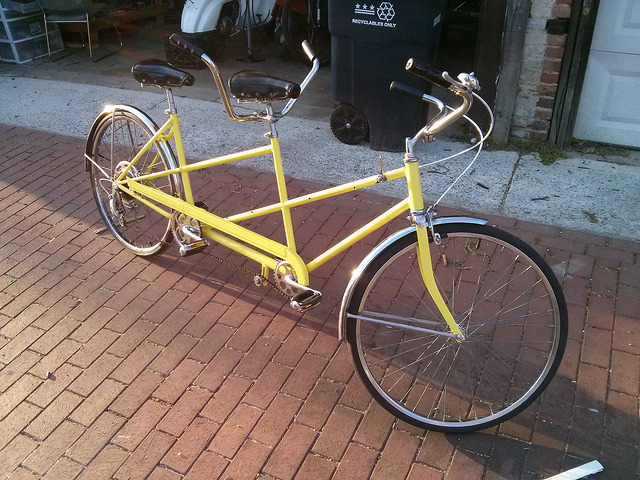 Rebuilding an old Schwinn Tandem bicycle for a summer of fun.

Onboard footage from the awesome Wednesday Night Spins race series that Crosshairs Cycling put on in a parking garage in Crystal City. This footage is from the C Group Race on March 26th. 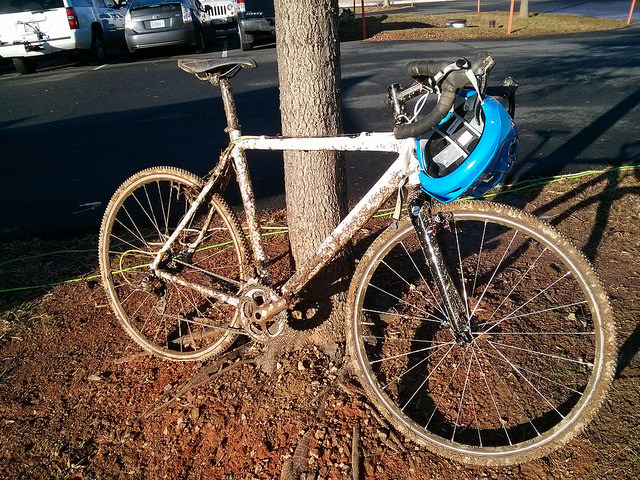 I've gone through the arch of being really into running when I was younger, then dabbling with triathlons, and lately I've been getting really into cycling. Here's some photos and rides from this year.

A local paper in Raleigh, NC interviewed me about a vintage scooter rally I was down there for.

Biking from Pittsburgh to DC 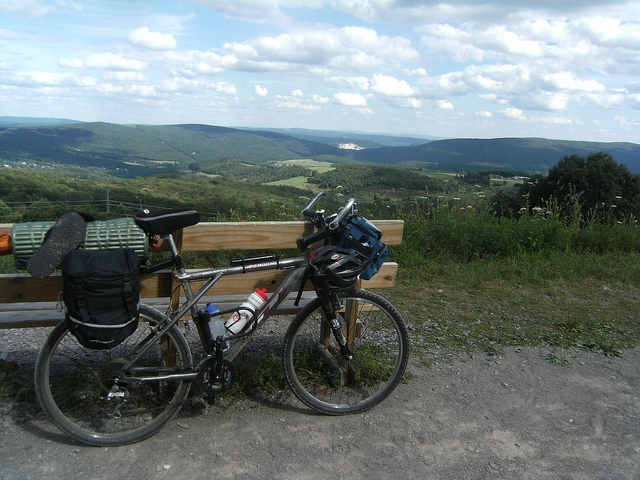 The story of that time when I rode my bicycle 335 miles through the woods from Pittsburgh to DC. 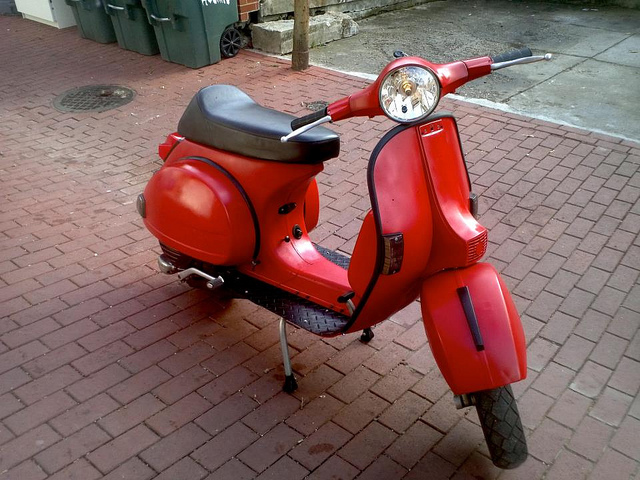 Photos and details on going through my old Vespa. 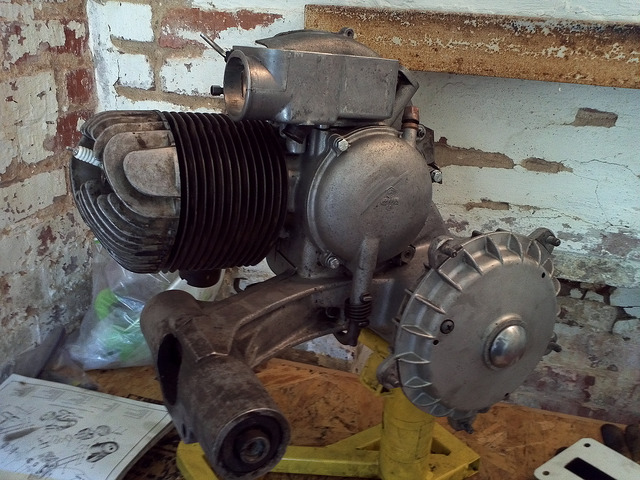 A little bit about what it took to get the P200 back on the road after the cannonball. 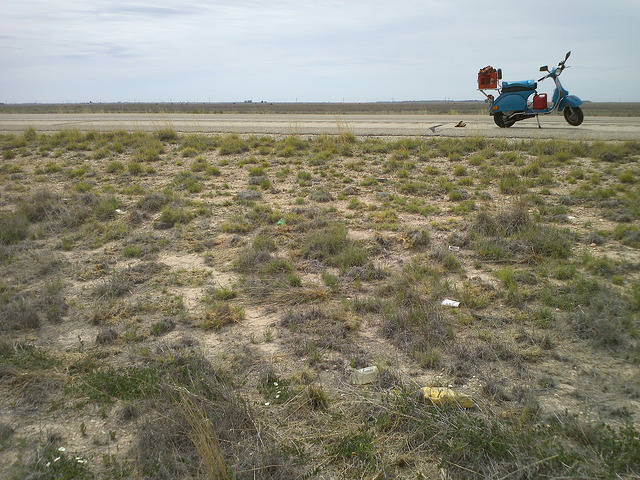 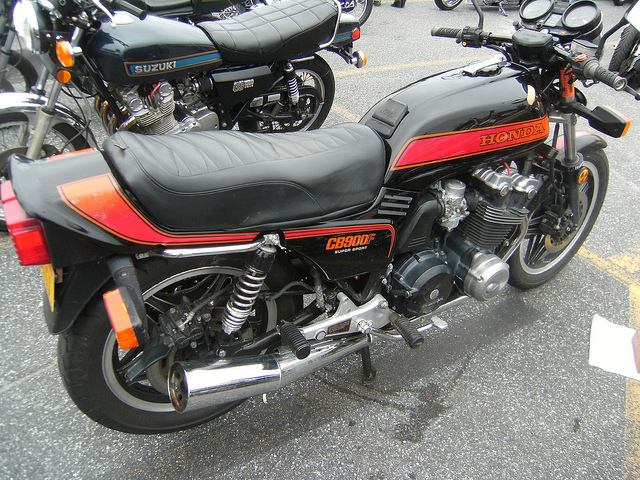 So what did you do with your weekend Matt? Pretended I was in a gang from 1960s Britain.... trust me it's cooler than it sounds.' 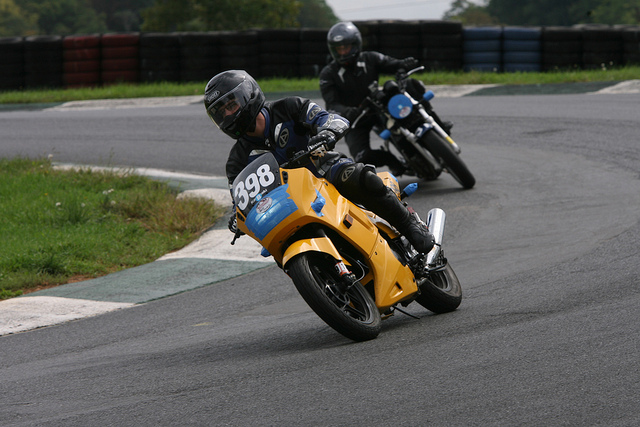 A great first track day with Motorcycle Xcitement and a Ninja 250. 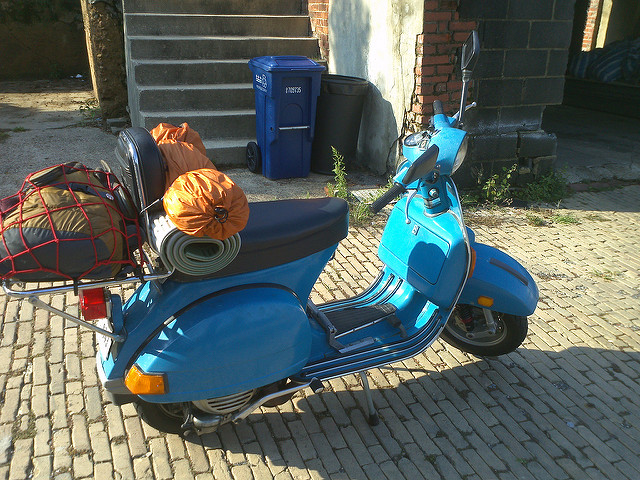 Just a short weekend camping trip with the P200. 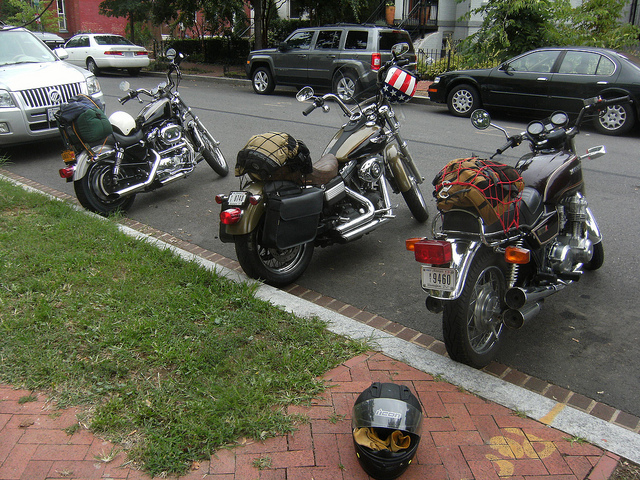 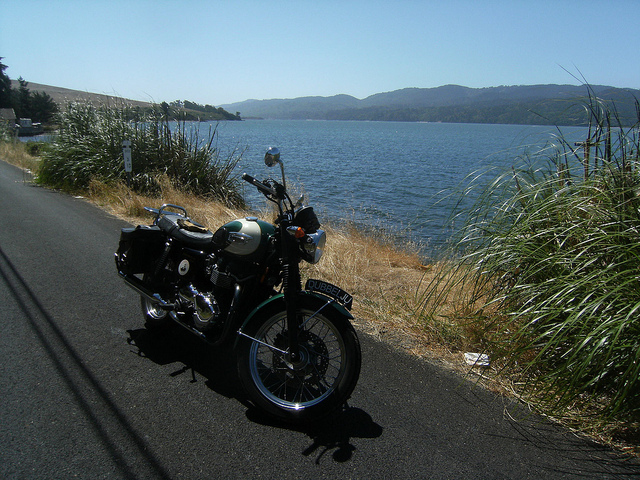 Riding a Triumph Bonneville north of San Francisco for the day. 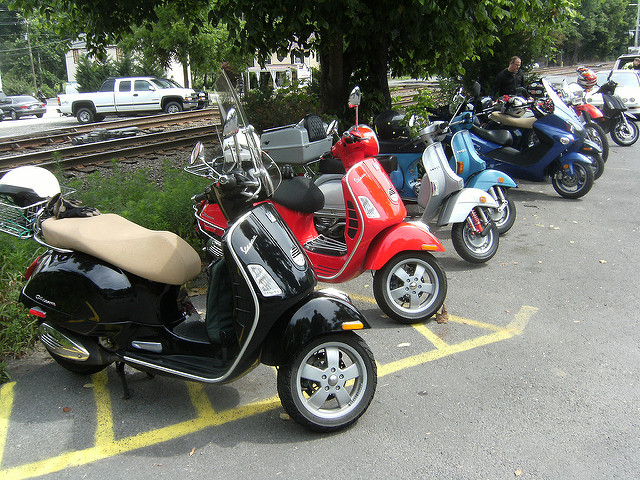 Monthly ride on some of the best roads around DC. 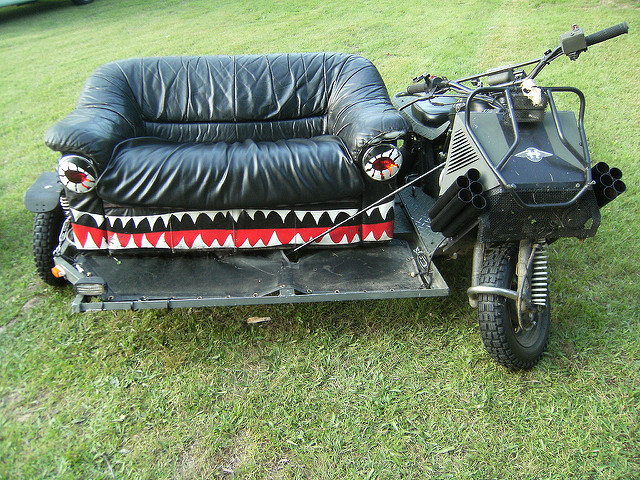 Vintage scooters take over a band camp in Ohio. 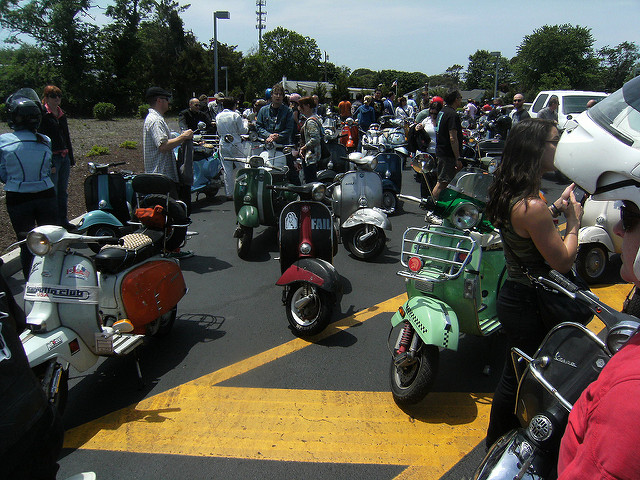 What kind of maniac rides a tiny little 37 year old scooter over a 200 miles? Pretty awesome weekend at the largest scooter rally I've ever gone to. 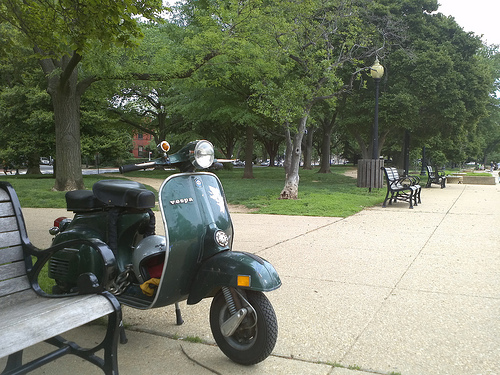 I've owned a 74 Vespa Super for about a year now and racked up over 2,000 miles on it. Luckily I've yet to run into any issues with it that I haven't been able to fix. It is extremely satisfying learning how to work on old scooters like this and I would highly encourage anyone who owns one to spend the time learning how to fix it (you pretty much have to though). Below are resources and notes that have helped me through any repairs I've encountered.