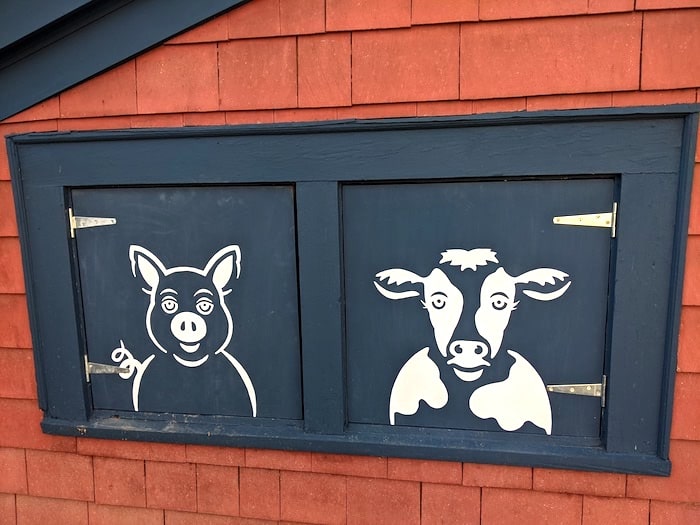 The window frames in my old garage were rotting out to the point that the glass was falling out of them and duct tape was holding them together. The garage is a little bit of a lost cause since the foundation is shot and I want to get it torn down eventually and build a better one. Given that, I really didn't want to put much money or new proper windows in it and I also don't like having windows on the garage at all since anyone can look to see what I have in there. There was no way to easily remove the windows completely either without pulling the window frames out, framing them in, finding matching cedar shingles, and then having to paint the entire sides of the garage.

I thought about just making pieces of plywood on hinges to swing open when I wanted some more light and fresh air or to let my kids have a puppet show. I didn't really care about screens since I work in there with the garage door open most of the time anyway. Plywood would work fine, but was gonna look kind of junky so I started to think about what might make it look better and decided to paint something interesting on pieces of plywood.

Eventually the winning idea was various animals that looked like they were poking their heads out of the garage. My artistic abilities are very limited so I chatted with my sister who's helped with some of my other projects including the logo for the Craftstation 5000. I described what I was looking for, gave her the dimensions of the windows, she suggested which animals, and then she designed printable PDFs that I could lay over the pieces of plywood.

I cut 4 plywood pieces to size and then painted them and the window frames with exterior paint. I wanted cabinet plywood to make sure the face of it was nice and smooth to paint on. I was actually slammed with work so I had a buddy help me out with building, painting them, and mounting the hinges. After I was confident they would fit and work well in the window frames I pulled them off to paints. I used flat exterior paint so I could use glossy paint for the animal designs to make them really pop.

I wanted simple designs that would hold up well outside, be easy to see, and also not too difficult to paint so I went with a single light gloss color over a dark flat background. Each window ended up being 9 sheets of paper to transfer the designs. I carefully pinned and taped the paper templates on each window and then went over them with a tracer wheel to leave marks throught the paper and onto the plywood. This gave me lines along the plywood as a guide to paint inside of.

At this point all that was left was a lot of carefully painting the outlines and then filling them in. Each of the 4 windows took me about 2 to 3 hours which seems crazy, but this was in the middle of the pandemic and it was cathartic to put on music, drink a beer, and zone out painting each of them. They all turned out looking great on the garage, no one can see bikes and tools in there, and I just put hook and eyelets on the back of them to keep them shut. 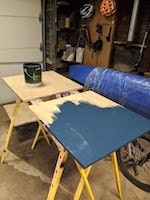 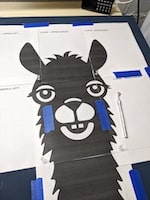 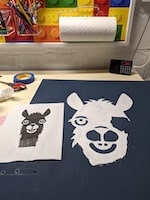 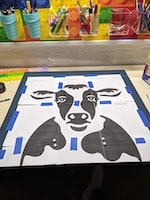 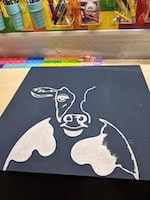